There is stiff competition, But I am really passionate about helping :) - Guide Application

There is stiff competition, But I am really passionate about helping :) - Guide Application

How long have you been playing on THIS server?: Approximately 3/4 months.

How often do you plan on being on THIS server?: Until it shuts down. Which hopefully NEVER happens. This is the only server I play on, so I want to be able to bring griefers to justice and help people who are in need :) (Oh by the way, if you haven't already in the last 24 hours, Donate please :) [url=http://adf.ly/246619/]Click Me To Vote :)[/url])

Name any Admins or Mods who would vouch for you: DixieKid (Abbey) - I am sure Abbey can see that I really would be great in the roll of 'Guide' :)

Why do you deserve Guide status? What sets you apart from the other players and would make you a good part of the staff?:

Well first off, I think the thing that separates me from most other players is, I do not want to be a Guide because I can fly around and use staff commands, and be intimidating.

I also feel this position would suit me because I am passionate about what I do, whatever it be. From dealing with griefers, to helping others repair minor griefs (Even though that is not recommended, They are only like 3 - 8 block griefs and the owner gives me permission)

Another example: BroadStreetBully had to go while he was allowing me to tag along in a grief investigation. Later after he went offline, the griefer came online and continued to grief. Myself, randomperson10, CrudeNathan and Fidel repeatedly asked him to stop and warned him by saying he would be banned. With no staff online I took it into my own hands to continuously teleporting him to me until he agreed to stop griefing.


So, to sum it up for you. I do hope I am chosen for the job. It will benefit the server and the community. I am always welcoming and giving instructions to new players. As well as kindly asking them to read /rules.

I think I should probably rap up the application now, as it is getting quite long :)

I hope to here positive feedback 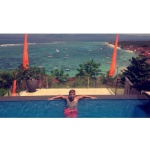 You've been here 2 weeks, and you're a member.

There's no doubt you're a great member, who's kindness and helpfulness outshines most, but there's plenty of others applying for guide who have been here for over 10 months, and have helped a lot more. I suggest just keep playing and maybe apply again in a couple of months.

While I think it's great that you want to help out Oasis, becoming a Guide means you become part of the staff, which means you won't be able to mine, build, craft, or have fun as a regular player. As a staff member you'll be responsible for fixing griefs, banning griefers, and generally making sure the server isn't trashed by those who are online. 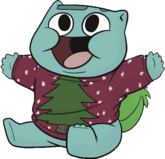 I thought of this quite a lot actually, but I really wanted to be able to stop griefers in they're tracks! One of the reasons being I have witnessed many people grief right in front of me when there were no staff and there was nothing I could do :L (Besides report them when staff finally did come online)

You two are right though, I guess I let my passion get the best of me :S

I can guarantee that