How long have you been playing on THIS server?:
I started playing in 2016 but I joined the forum on 2016-07-05. I would have joined sooner had I known that the forum was a thing. I went on a short hiatus when I first started college because the college I was at had a limited bandwidth policy and if exceeded I would be throttled to the point that schoolwork would become nearly impossible to do. I have since transferred colleges, in part because of that policy, and am back to playing and working full time in college. My sincerest apologies if I was missed.

How often do you plan on being on THIS server?:
I plan on playing as much as I can forever or for as long as the server is able to run. I have been playing typically for more than 5 hours at a time only resetting the clock to re-log. I have no plans to change that.

Name any Jr-mods, Mods, Sr-mods or Admins who would vouch for you:
Mad told me to post this application and get vouches after posting.

Why do you deserve staff status? What sets you apart from the other players and would make you a good part of the staff?:
I care deeply about this server and the players on it. I always love helping people and making the server a better and nicer place. As of the time of the writing of this post, since the 1.14 update I have spent over 700 hours on Oasis, and I plan to continue as much as I can. Based off my reliability, sense of responsibility, and how often I am on the server I think I would make a great addition to the staff of this server.


Thank you for coming to my Ted Talk. 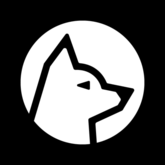 I would love to see this with a little more effort, look at some of the other current staff's applications for inspiration of what is expected! thanks for applying.
_________________
From Canada, Good Day!!!